This is part 2 of the series called “Functional Java by Example”.

The example I’m evolving in each part of the series is some kind of “feed handler” which processes documents. In previous part I started with some original code and applied some refactorings to describe “what” instead of “how”.

In order to help the code going forward, we need to tell a story first. That’s where this part comes in.

If you came here for the first time, it’s best to start reading from the beginning. It helps to understand where we started and how we moved forward throughout the series.

As a reference, we now have the following code as a starting point:

When I first started using Spock as a testing framework, since it came by default with Grails many years ago, I was impressed (and still am) by its many features and ease of use.

You know what Mocks, Stubs and Spies are, right? Mockito has them, Powermock has them and basically every other serious (unit) testing framework. The concept of a Mock isn’t hard to grasp (you can read all about it here), but Spock has a special way of describing the (expected) interactions with its mocks.

There a great chapter about “Interaction Based Testing” which explains how to write down these interactions with a code sample.

The “Mocking” sub-chapter starts with:

Mocking is the act of describing (mandatory) interactions between the object under specification and its collaborators. Here is an example:

If you’re not familiar with Spock, with Groovy, or merely with above style of writing, don’t worry!

The author(s) of above Spock documentation too recognized not everyone immediately would understand what’s happening here.

They help with some advice and continue the documentation:

Read out aloud: “When the publisher sends a ‘hello’ message, then both subscribers should receive that message exactly once.”

The emphasis on “Read out aloud” is mine, because I think it’s pretty important. Not going into more Spock details here, but the advice itself I try to take to heart in my day-to-day coding.

“Aloud” here has nothing to do with volume 🙂 but with the fact that you can describe “what’s happening here” in a concise and understandable way. This makes it easy to reason about code.

After driving for hours around in an unknown city to find the Theatre, after your car navigation has broken down, you finally decided to stop and ask for directions.

You stop near a pedestrian.

Sir, would you happen to know how to get to the Theater from here?

Or, consider an alternative universe where the conversation would go like this:

Sir, would you happen to know how to get to the Theater from here?

The last scenario is a breeze: clear directions what to do & where to go!

The first scenario, however, is ridden by details — with low-level specifics about driving the car itself — and even while we would not hope to get directions like that in real-life we still write software like that.

Tell me something on the right level. If I need specifics I’ll ask for it.

(BTW wikihow.com: How to Drive a Car kindly donated some of above instructions. If you actually need to learn to drive, it has a ton o’ resources!)

Telling something on the right level, means not only using properly named classes and methods, but also using the right kind of abstractions in them.

Let’s take a look again at our code:

How can we combine “read out aloud” and “high-level vs low-level” in our code? 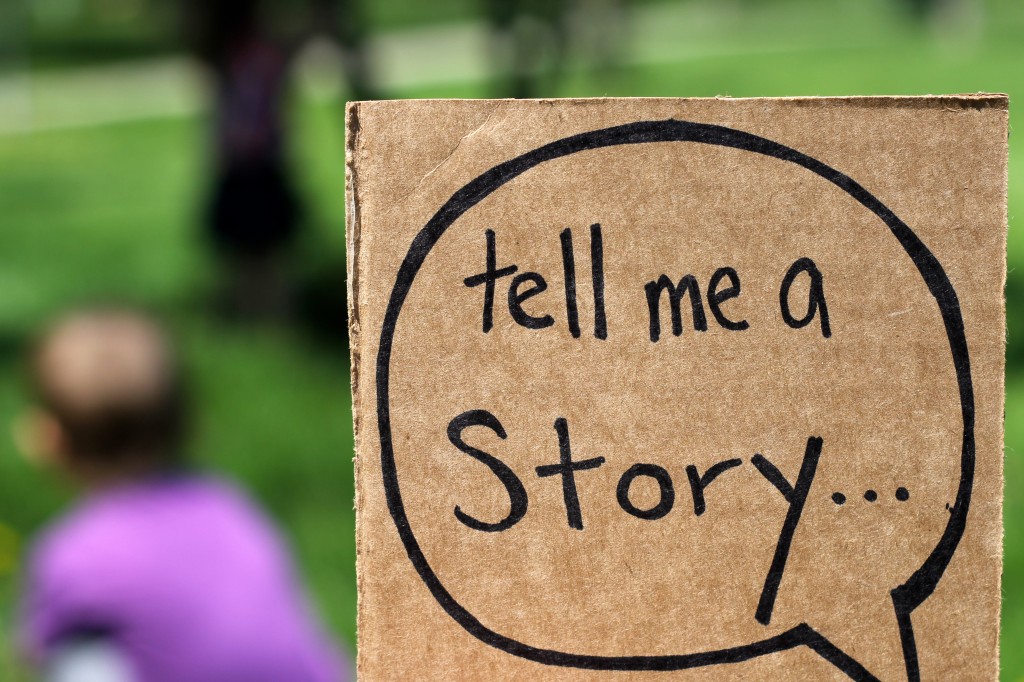 What does our single handle method currently read like?

Basically this is just repeating the code statements!

What story I’d like to tell instead, is the following:

We can actually make this happen by using several “Extract method” refactorings in our IDE and choosing some good names for the extracted methods.

The double-quoted phrases in above story are the important bits I want to see at the high-level.

Why do I care what attribute is used of a document to determine it’s importance? Now it’s the string "important" which indicates “hey, I’m important!” but what if conditionals become more complex?

Extract doc.type == 'important' to its own method, called isImportant.

Why do I care here how to invoke what method in a webservice? I just want to create a resource.

Extract all dealings with the webservice to it’s own method, called createResource.

Extract the details of associating resource/document/setting a status to its own method, called updateToProcessed.

Don’t care about the details. Extract to updateToFailed.

Seems that we’re left with documentDb.update(doc) at the end.

This is part of the storing of a processed/failed document in the database and I already described that on the highest level.

I put it in each of the just created updateTo* methods – a lower level.

So, after extracting the details out, what’s changed?

If you need the details of any of these steps, just drill down into the method.

Being able to write things declarative (previous part of this series) and telling a story on the right level (this part) will also help make future changes more easily in part 3 and beyond.

This is it for now 🙂

For reference, here’s the full version of the refactored code.